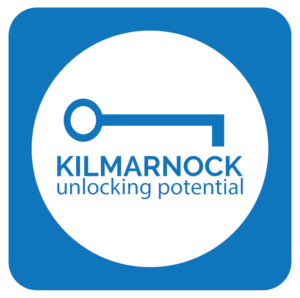 A story is told that several global IT experts visited Kilmarnock Enterprises with preconceptions, and a belief that they would make some serious changes to how things were done. After spending a few weeks at Kilmarnock, they ended up being the ones that were changed.

Kilmarnock has re-written the rule book when it comes to social enterprises, and their success isn’t going unnoticed. Awards line the office hallways at ‘Basecamp’, the name given to Kilmarnock’s Wigram headquarters in Christchurch. This name came from the idea that Kilmarnock is a safe starting point at the beginning of an ambitious journey. A place where people can prepare, and become equipped, before going on to achieve incredible things. There is a real energy and excitement that is infectious the moment you walk in the door, the team warn you about the ‘Yabba Dabba Do’ siren that informs the staff it’s break time. They are all self confessed chatterboxes, who are clearly passionate about helping people with different abilities unlock their potential; empowering them to lead purposeful lives.

Kilmarnock is one of those great stories, an impact enterprise that has gone from strength to strength since it was founded in 1958. Kilmarnock is a story about a business with heart, which was pushed to the brink, but learned from adversity and bounced back stronger each time. It’s a story about great leadership, strong values and a team culture that is unmatched.

The upheaval began in 2007 when people with different abilities in New Zealand were exempted from minimum wage laws.

This meant that they could be employed doing basic work in facilities known as sheltered workshops. The Labour government at the time repealed this legislation that allowed sheltered workshops to operate outside of mainstream employment, which forced them to rethink their income streams and how they operated.

Kilmarnock weathered the storm and was able to develop some new revenue streams. This ensured it was still able to provide their employees with a job, and the satisfaction that comes with doing a days work. Many shelters weren’t able to adapt and were unable to survive, closures meant a lot of people were out of work and had lost their sense of purpose.

More challenges were on the horizon for Kilmarnock when one of their main income streams, the Returned and Services Association, decided to stop making poppies at their old facility in Riccarton. Kilmarnock CEO, Michelle Sharp, said of the time “it was like we were on the Titanic; we were sinking, but somehow had to remain afloat, while also changing our course of direction”.

It was this change in course, facilitated by Michelle, that has seen the organisation develop a strong commercial approach, whilst remaining a ‘Business with Heart’ as the team call it. The focus changed and everything had to make commercial sense. Kilmarnock needed a solid foundation, but they also ensured that this commercial approach still had a team culture that was aspirational, inclusive and unrivalled. Michelle points out that there is no hierarchy at Kilmarnock and their communication channels are very open.

Samantha Fisken, Group Financial Controller, lights up when she talks about the transformation. You get the sense that everybody is on-board, and that being part of the Kilmarnock team is definitely more than just a job. “Our Basecamp was completed in 2017 and that was when things really started to feel good” says Samantha. “We had everything under one roof; we had new service lines, a training academy and local businesses were getting confident working with us”.

Throughout this journey Kilmarnock have had the support of  Nexia New Zealand. Having worked with Nexia Partner Jane Jackman since 1999, there is a lot of history, and the relationship between Kilmarnock and the Nexia Audit team is strong. “The Nexia team ‘got us’, in that we’re not your normal business, and with the history and understanding we knew we had a trusted partner” says Michelle.

“We enjoy having them around” says Samantha, which is not what you’d usually hear from a Financial Controller when talking about their Audit team. “They have seen the changes, the shift in culture, they have absorbed our philosophy and out of all our professional services partners they are the ones who know us the best”.

The partnership is evolving with Kilmarnock, Nexia has provided Audit and Governance Services for some time, and more recently is working with the team at a Business Advisory level. “We’ve always had a trusted relationship with the Kilmarnock Enterprises team” says Jane. “We have strong relationships throughout the business so our knowledge is deep, which has meant we’ve been able to be a consistent advisor to the business, and provide enhancements and recommendations to the team that are of value”.

Excitement levels rise when you ask what the future holds for Kilmarnock with both Samantha and Michelle passionately talking of replicating the Kilmarnock model in other centres around the country and the globe. Michelle points out that “nobody should have to feel undervalued or stand on the margins of society” and that’s why the Kilmarnock model can work not only for people with different abilities, but also for migrant workers and other such groups of people looking for education and employment.

Kilmarnock employs over 80 people, most with some form of intellectual disability. They fulfil commercial manufacturing contracts for some of New Zealand’s biggest businesses including Fonterra, The Gough Group, Nutrient Rescue and Air New Zealand. They have a comprehensive and holistic health and wellness programme that addresses fitness, nutrition, personal safety, budgeting, self-determination and confidence. In addition to encouraging professional growth, the structure they’ve developed also empowers the team to gain more independence.

In 2017, Kilmarnock established an Academy to provide a place of hands-on learning, which would give people with intellectual disabilities another chance to excel in education.

This development further proved they are no longer just an employer. The Kilmarnock Academy has seen an increase in the number of people who now work offsite at various businesses around Canterbury. A recent Kilmarnock graduate is now a café assistant at Foodstuffs, and she gained the job because of her superior health and safety qualifications.

Business is being won on capability, and recently a large contract was moved from a traditional manufacturing business to Kilmarnock purely because they do a better job, the social and community benefits are just the cherry on top. “We challenge businesses to look at their supply chain or who they are currently outsourcing to, as we are confident that our quality and customer services are equal to our commercial counterparts,” says Michelle of the six service lines that Kilmarnock offer.

“Our partnerships are mutually beneficial. What sets us apart is our commitment to providing a fun, respectful, and inclusive workplace.”

The challenges will always exist, but when you’ve developed a culture that is envied by the social and commercial business worlds alike, you will ride out most storms. The future is looking bright for Kilmarnock, and having trusted partners like Nexia New Zealand is essential to supporting their mission to change attitudes and empower people, while achieving sustainable results in a commercial marketplace.