The Government, Business New Zealand and the New Zealand Council of Trade Unions have announced proposals for a New Zealand Income Insurance Scheme to help support New Zealanders who are made redundant and laid off, or have to stop working because of a health condition or disability.

The proposed scheme would support workers with 80 percent of their income for up to seven months if they lose their job through no fault of their own. Much like ACC, the scheme would be funded by the levy paid by both workers and their employers – about 1.39 percent each.

The key features of the proposed scheme are:

If the Government decides to go ahead with the proposal, it will introduce legislation in 2022 and have the scheme operating in 2023.

The scheme is now open for public comment, with submissions closing on 26 April 2022. You can read more about the proposals, complete a short survey or make a submission on the MBIE website.

If you have any questions, please speak to your Nexia advisor or contact us via our general contact details. 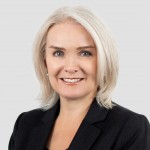