Yesterday’s wellbeing Budget had a firm focus on recovery

The Government’s stated objectives for this term cover these three areas:

With a wellbeing focus and Labour majority Government it is unsurprising that a key announcement made in yesterday’s Budget was an increase to weekly main benefit rates, families and student allowances, along with measures to address child poverty, housing affordability, health, climate change and education.

In a nutshell, very little has been allocated to business in the Budget.  The Government referred to its previous support in the form of the wage subsidy, small business cashflow loans and Government backed banking scheme in terms of the bigger picture.  Budget 2021 is clearly less about business and more about the Government’s wider wellbeing objectives.

However, that being said, a key feature of this year’s Budget was a significant boost to infrastructure ($57.3 billion) as a means to assist in the recovery, and provide the logistics, transport and systems that support business and provide jobs.  The infrastructure boost will occur over the next five years and includes allocations for housing, rail and hospitals.

Of this funding marked for infrastructure, major spending on South Island rail transport was announced, with new train assembly workshops set to open in Christchurch and Dunedin. Final funding will be provided to build the South Island Mechanical Maintenance Hub at Waltham, Christchurch. It will maintain and service trains in KiwiRail’s South Island network and is expected to create around 300 jobs. The Dunedin facility will assemble roughly 1500 wagons for the southern rail network. This a welcome announcement from Government and will no doubt have a positive impact on New Zealand and South Island business and infrastructure.

Another project set to bring millions of dollars to the Canterbury economy is the redevelopment of Scott Base. The Government has committed to footing the entire bill for replacing New Zealand’s research headquarters in Antarctica, with $306 million promised in the Budget. The work is being done by Christchurch-based Leighs Construction and the project will create around 170 jobs at the peak of construction and about 700 over its six-year course.

The one direct spending initiative targeted at businesses was a $44 million boost to provide digital advice and training to assist businesses.  While many businesses have already been through a process of increasing their digital and online presence during and following lock down, there is no doubt that additional training and support will aid in New Zealand’s recovery. It seems clear that digital commerce and online trading is here to stay and is only set to increase in the future.  It remains to be seen whether the details of this initiative will make a meaningful impact to business, however the objective is welcome and a positive move.

While the prior support of the Government in terms of the COVID-19 response measures is acknowledged and those measures were positively received, it is somewhat disappointing that more assistance has not been provided to business, particularly SMEs in the wake of the recent increases in the minimum wage, the increase in sick leave and an additional public holiday.

It is unclear whether business or employees – or both – will bear the financial cost of the Government’s proposed ACC-type scheme to provide financial assistance for a limited time period to employees who unexpectedly find themselves unemployed (of up to 80% of their usual income).  The Government is expected to provide additional details and go through a consultation process on the proposed scheme later this year.

As for tax changes, the Budget was notably quiet.  However, given the recent shock property announcements in March and the unlikeliness of the current Government to resolve disparity between the top marginal rate, trust rate and the corporate rate, a lack of dramatic tax changes is welcome. 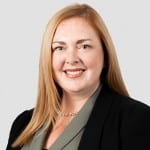